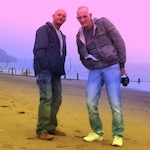 In all my years of tenting and caravanning I have never been to an event like this.

We are considering this but with a feeling of trepidation. Could we survive with out hook up?...may be. What are the sanitation arrangements like?
Has anyone done this before ...if so .... can you give us a clue as to what to expect.
peridot

What do you use EHU for vandriver? There's not much that can't be replaced with gas or 12v equivalents. You have the underfloor heater I think, so fine on that front.

Sanitation arrangements at these events tend to be fairly good as that's what most folk expect these days. They can border on the luxury in fact but even the basic 'turdis' loos are normally well serviced by the company providing them and are perfectly acceptable.
Tow Itch

Unless you are wedded to a high level of electronic entertainment then no EHU is no problem.
A couple of poundland LED headlights and a couple of LED wands will suffice for lighting. Not the prettiest but eminently functional. If there is no lighting on site solar LED lights help you locate your Dandy, as well as being suitably silly.
As for sanitation I suggest you try a website or forum that might relate to the event. I will suffer more rudimentary washing and toilet facilities than many but it was a trip to a steam rally that completely revolted me.
I went to Pickering Traction Engine Rally several years ago. I was only a day visitor but needing to use the loo had to use one of the portaloos. It was rancid, so much so that I needed to wash up on exiting. Luckily being a steam show I managed to gain a bowl of hot water from one of the engine exhibitors. It didn't completely put me off and I spent the weekend at the show several years later. Though it was in a caravan with my own loo. The communal toilets were vile then too. Emptied daily but with iffy loo roll supplies. A daily jet wash and refilling of hand washing water tanks might have been an idea. I went again because it was such a good show. Sadly now overpriced.
However you are not going to Pickering. The facilities at the festival you attend may be far better. Why not take a chemical loo though? It could be placed in the awning with curtains. It could be placed in the back of your van if you can park next to the Dandy. It doesn't have to be filled if the facilities are good, if filled it doesn't have to be used. It is just a security incase things are not so bright.
For the night time removal of excess beer fabric conditioner bottles are ideal. A very wide neck and a three litre capacity. I wonder if it was a double entendre that they called the product Comfort?
Sponsored content