You are not connected. Please login or register
Go to page : 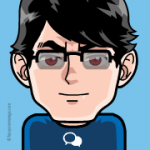 I havn, t got side skirts or an awning so was making assumptions without . I can see these would make access difficult. And the access through the bed base makes a lot of sense.
Tow Itch

waterfieldplace wrote:I havn, t got side skirts or an awning so was making assumptions without . I can see these would make access difficult. And the access through the bed base makes a lot of sense.

Side skirts are rare, don't think I've even seen pictures of them on 6's or Destinys other than on late model Riva Highsides. I stand to be corrected no doubt.
A right pain of an upgrade too with flaps holding press studs. needing to be sewn on the roof and bat wings.

Because of the feibreglass  wheel arch spats and the lack of awning flaps on the front wall I'm guessing this to be a late or certainly post mid eighties 6. If you ever think about an awning 6's are constantly been sold for next no money or even scrapped. One with an awning could provide you with a awning far more cheaply than £200 or more that awnings for the 4s and 5s go for.

I'm not a great one for paint or beautifying but was looking into paint years ago to re finish a bike fairing. Ended up selling bike and fairing on separately. I seem to remember there being quite a few stages to glass fibre painting. Did I have it wrong, has paint technology moved on or was it a bit of a job?
waterfieldplace

Hi Tow Itch, thanks for the comments, I only fibre glassed the inside of the box, the outside was filled with isopon 40 sanded primed with plastic primer which I find works well over the gelcoat. Then painted with acylic.
Tow Itch

Just looked at this again and there is more than meets the eye at first.

The box has been cut to fit round the top of the coupling and to lower the box on the a frame.

Anyone seen this before?

I could guess does the lowering allows removal of the top of the box if the bed was unfolded first. No I think the bed would still crush the top. Does it allow a different gas cylinder clearance 4.5Kg Calor instead of Campingaz? Why doesn't the box clear the coupling though?

Hi Tow itch, the box was like this when we bought it, I had to drill out the rivets holding the box and gas bottle frame. They looked original and the box had the Dandy sticker on it. At some point the hinges had broke. And so the lid now lifts off. The box locates onto side plates on the chassis rails and would not do so with out the cut out. Hope this helps, Mark.
navver

Looks like the box could be a retrofit. Possibly taken from a rear entry with a different hitch and was just the wrong size for a six.
neilwragg

I built a front box with two side doors, I can keep the gas bottles inside
[You must be registered and logged in to see this link.]
and have access when the beds are down
waterfieldplace

Hi just to update you all we are no longer Dandy owners, Our 6 has gone to a new home. We will shortly be on the lookout for something smaller (our youngest will be off to uni soon so there will only be us two).
Caz1960

sorry to hear your 6 has gone ..... but on the bright side one of your fledglings will be spreading their wings and off to uni soon