I just need to test the water, the forum has gone downhill in the last few months and we need to build it back to the strong member community we had before.

I just need to know who is still on board.

Please let me know your still here and tell me a little about yourself...

I joined before owning my first dandy and this group helped me to find my first Dandy 5. I have since sold that and moved onto a Dandy 6 and will be taking her out for our first outing later this month...

I am still here, and i check both Dandy forums every day, I restored a Discovery a couple of years ago but found it too heavy to set up on my own, so i bought a Combi Camp Family, (which i am using at the moment) restored that, much easier for me on my own , but missed the Dandy so now restoring a Dandy four from scratch, and hope to have it on the road in about 3 months. Peter

I've been busy with work and other personal commitments recently, but I keep an eye on the forum from time to time.

I started Dandying with a '94 Designer back in 2008 and moved up to an '07 Destiny a couple of years ago. I joined the forum when I was looking to change and it proved very rewarding as I found someone who was looking to go back to a smaller one.

I found a great bunch of friendly people and lots of helpful advice. It's a pity that the forum hasn't been so active recently and it would be great to build it back up again.

I had my first trip of the season last weekend and am just planning another in late July. After that it will be a couple of music festivals in August / September and hopefully a late season weekend. Not a great deal of use this year, but we're planning to have our main 2016 summer holiday in the Dandy - not sure where as yet, but I'll be looking for some suggestions as the time approaches.

I hope there are still some of the older members around, even if they haven't been posting.

I joined a coupe of years ago and eventually bought a 2005 designer. This forum was great for finding out all I needed to know and narrowing down what I needed. By far the best forum.

Haven't been away this year yet. There always seems to be a reason not to at the moment.
Rik Shaw

Good luck on the relaunch
Hope the forum gets more active as it used to be
as I gained a lot of useful tips on the Forum.
Had our dandy dart for a few years now after having a touring caravan for 14yrs
It was to much hassle towing.... and the children grew up
and we looked at Dandy.s before getting the caravan when they where still in production

anyway we are of on our first trip of the season  next week  Cambridge.. for week

all the best...Rik.
Owd Lad

We're still here too! Must offer apologies, however, that we haven't been checking in very often, or posting anything. Must make a conscious effort to change that as this is one of the friendliest and most useful of sites. One of the problems is that the Facebook page gets so much input and it's easy to ignore the site itself.
At risk of boring people, I'll give a personal update. We're situated in S.W. Scotland and for some years have owned a 2006 Designer and a small motor home (Romahome type). The idea was that the motor home was a second vehicle, great for two and three night trips and an occasional extra bedroom for visitors. The Dandy was for longer trips and for use with the occasional grandkid.
Last year the motor home left us, to be replaced with a Skoda Yeti, forcing us to use the Dandy more.
At the end of January this year we made a snowy trip to Lancashire to look after a CL site for three weeks and thinking it a good chance to do a bit of maintenance on the Designer, gathered a list of bits needed and went to see Ian, at Riva. We left Riva somewhat poorer but as the new owners of a 2006 Destiny. There followed two weeks use of the new rig in considerable comfort and convenience.
Winter Dandying isn't everyone's idea of fun but our advice is to grit your teeth and give it a go. We bet you'll enjoy it far more than you think!

Hi I still keep watching the site, it's been a great source of information. We own a 2001 delta and at the moment I'm in the process of adapting a porch awning to use on shorter trips We've been away twice this year, locally in Cheshire at Easter and near York in may to catch some of the Tour de Yorkshire.
It will be good if the site can become more active again, thanks for giving it a go.
Judith
The Admiral

I'm still here, we may not have a Dandy anymore (having gone over to the 'dark side', but I still love them and had some great trips in Minnie & Olivia. Still drop by from time to time to catch up on how everyone is getting on and it would be nice to see the forum back to strength again.
VosperD

I joined the forum a few months ago and have been looking out for an affordable Dandy in Bristol, N. Somerset area. I check in at least every few days.
I notice that on various forums things can go quiet at times. Just found out that on another unrelated forum a lot of the activity takes place on Facebook so no-one bothers with the forum any more. I have no intention to sign up there myself.
Regards
Don
Farrington Gurney, Nr Bristol and Bath
ShaunJUK

We do have a presence on Facebook however it is new and doesn't really have any members. The problem with a facebook group is they are great for social aspects and chat however nothing beats the eases of reference for information about Dandys that a forum can provide. Granted on facebook you can search but I have done lots of modifications just by reading through previous topics.

I am working on modifications to integrate the forum into facebook so watch this space.

Hi admiral, such a shame you have moved on from a Dandy, I remember how much you loved it especially when you bought your new one.

I'm still here, I've had the same Dandy for around 13 years now and love it so although I did go over to the dark side for a couple of years I still kept my Dandy and used it from time to time. Pleased we did as it hasn't cost us anything to keep and is always there for a quick getaway if the weather suddenly changes it's mind

I do have a fb group but still pop in here because not everyone has or wants a facebook account and it's nice to keep in touch.
navver

Hi Vosper, I live near Bristol and have a designer which I bought 2 years ago from Riva dandy in Wigan. I found there just weren't many Dandies down this way. Most are in the North. It's worth travelling a bit to get the right one though, especially as they are so easy to tow home.
VosperD

Hi Navver,
It does look like I'm going to have to look further afield. As you say, not too many around this way.
There was one in Bristol and one in Wells recently but they came at the wrong time for me.
Cheers
Don
ShaunJUK

Hi Yep still here but haven't been on the forum for a while. I have a dandy 6 was advertised on the fb group we did a 184 ish mile round trip twice

once to look at it and once to fetch it lol, needed a bit of work but all done now and ready to roll

this forum was a god send and I feel I learnt as much as you could learn about them by reading all the posts on here and asking questions.. The fb group is great for quick answers as it can take quite a while for a question to be answered on here ( which is a shame but understandable)

I just tried to join and it appears I already did,hopefully picking up my new to us dartnext week,I've only been without a dandy for three weeks and getting withdrawal symptoms for 20 days☺
navver

Welcome Amigoman and congratulations on your new dandy. Some piccies would be nice if you get a chance.
JayAnn125

All new to us

Newbie dandiest here, only registered yesterday, but now you're stuck with me, purchased a Dandy Destiny 1991 model complete with awning. Will be picking your brains for sure.
The Admiral

Hi Shaun, yes I miss Olivia in some ways and wouldn't have missed the times we had with her for anything, which is why I still pop in on here to check how people are doing, but we do love our caravan. Still think that Dandys are by far the best Folding Campers and still recommend them like crazy to anyone looking for one.
johninbyron

Still here in the highlands, though Dandy undergoing slow repair.
pop in every now and then.
kadders

I joined last autumn. Bought our Dimension off Ian at Riva, and enjoyed a few weekends away in it. Regularly have a browse.
Steve
Sanjo

I'm here too having joined a few weeks ago.
We have a 2004 Designer which we have owned for 11 years (since new in fact). Didn't use it at all last year due to my others half's prostate cancer treatment but have been away in it twice so far and another planned for August. Anyone know of a good adult only campsite in Dorset. Looks like we may have to go to Backofbeyond, unless anyone know of another
SCOTT.T3

Hi, I'm still here to, and Still a Dandy Designer (95) owner, had it about 4yrs, use it twice a year and off to Snowdonia in ten days.  Cannot fault it in any way although I put struts on each side to help with setting up and packing away as I struggled at first.
carlt 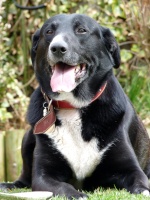 Hi all,
I joined last year. Informative forum, many thanks. Traveled to the UK last October and bought a Dart + original Marchal awning. Very pleased with it so far. Originally intended to banish it to storage to the West of Ireland, we live in the East but we like the Dandy so much that we have garaged it locally and have used it for about 8 week ends this year. Its in great nick, I need to tidy up a few bits and pieces, front storage box is a bit tatty. Researched prior to purchasing and decided upon a Dandy. Very pleased with it so far. Wondering how far to push the " extending the camping season" right now. . . It does not have underfloor heating but does have the winterised roof etc. I have a small blow heater but I am getting old(er) by the day and whilst I want to make the most of it I don't fancy camping in the frost ! We'll see . .
Regards,
Chris B
Co. Kildare
Ireland
Sponsored content