We dont have a thread for this so i started a new one,lifted from another forum i thought it needed exposure.

I do not speak Japanese, but according to the report Muroga was doing his job making deliveries when the 11 March 2011 earthquake hit in Japan . Unaware, like many people in the area, of how far inland the Tsunami would travel, he continued to drive and do his job. The HD camera mounted on his dashboard captured not only the earthquake, but also the moment he and several other drivers were suddenly engulfed in the Tsunami. He escaped from the vehicle seconds before it was crushed by other debris and sunk underwater. His car and the camera have only recently been recovered by the police. The camera was heavily damaged but a video expert was able to retrieve this footage.


[You must be registered and logged in to see this link.]
Phoenix

We think we have problems here, but it falls into insignificance when you see something like that.
Cazz

I agree with Phoenix.
lynn83 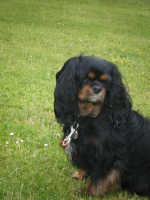 You don't think of the power of water until you see something like that, must of been terrifying for all that had to go through it. Horrible.
Helen

Mother nature can be beautiful but also very cruel at times

Both were particularly concerned with civil rights.
Both wives lost their children while living in the White House.

Now it gets really weird.

Both assassins were known by their three names.
Both names are composed of fifteen letters.

Now hang on to your seat.

Lincoln was shot at the theater named 'Ford'.
Kennedy was shot in a car called 'Lincoln' made by 'Ford'.

Booth and Oswald were assassinated before their trials.
Sponsored content