The Destiny High side,
More pics later when I find them. 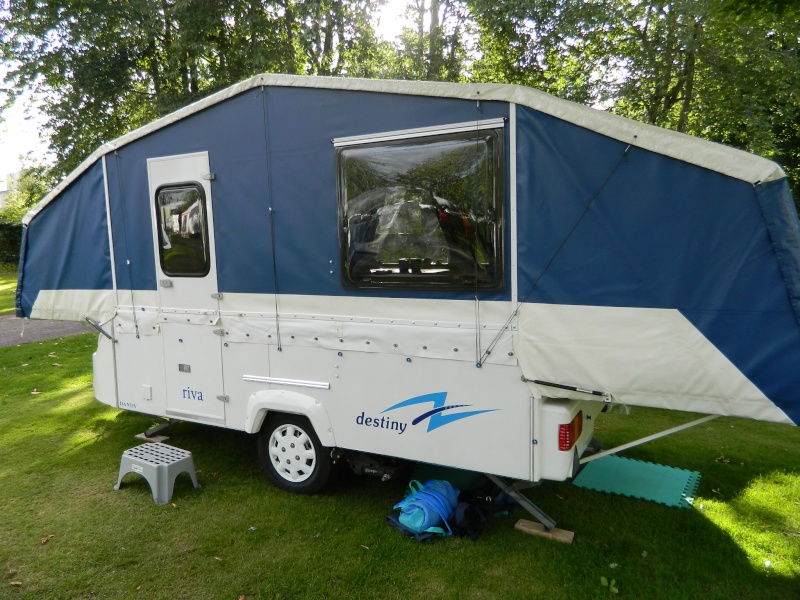 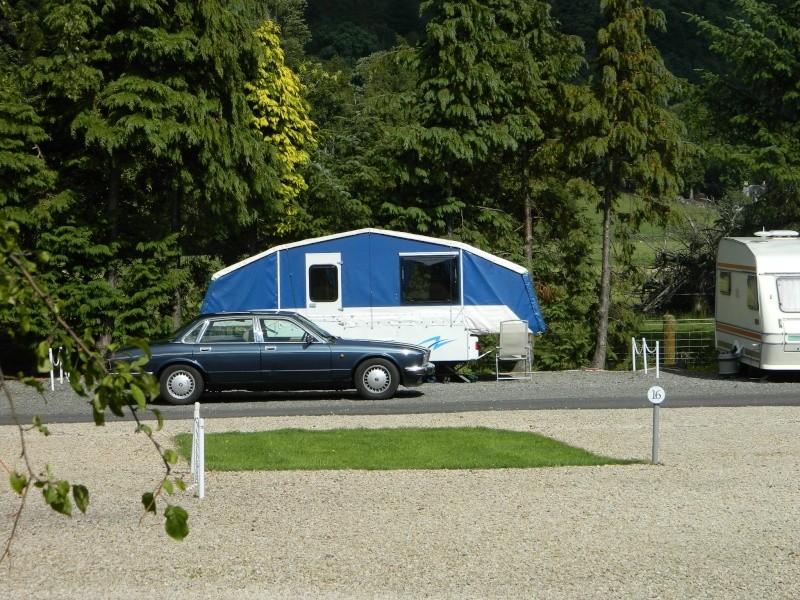 In your 1st picture there seems to be a lot of PVC along the side at the join of the trailer body and the walls. Not seen that before.
Helen

wonder what it's for
Little and Large

Hello, we believe the 'flap' was added at the factory and im only guessing the unit leaked water? this would stop water ingress.

was this an early high side?
there is no door to the front compartment as I saw on Ian's unit in Wigan a few years back.


I think a call to Ian in Wigan may solve the mystery.

Update about the destiny the PVC flaps on the side are not factory fit but were added later.
I'm guessing to stop draughts as the units don't generally leak water.

In Scotland last year - Daimler in the background - 4 litre straight six, 146mph top speed, had her up to 130 on a private road of course 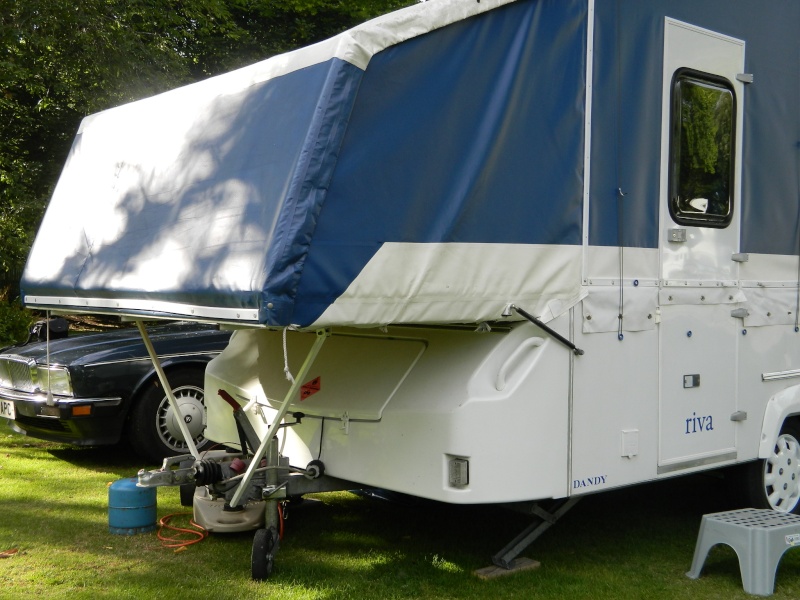 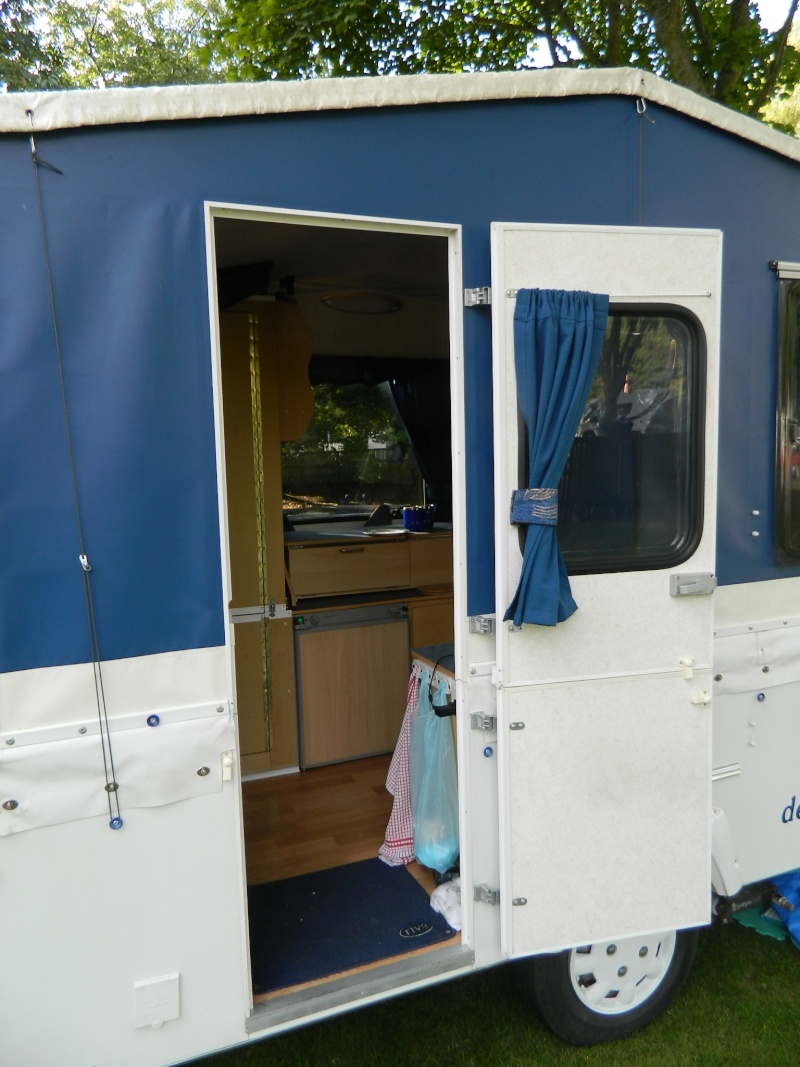 more pics.. out of Hibernation and cleaned up. 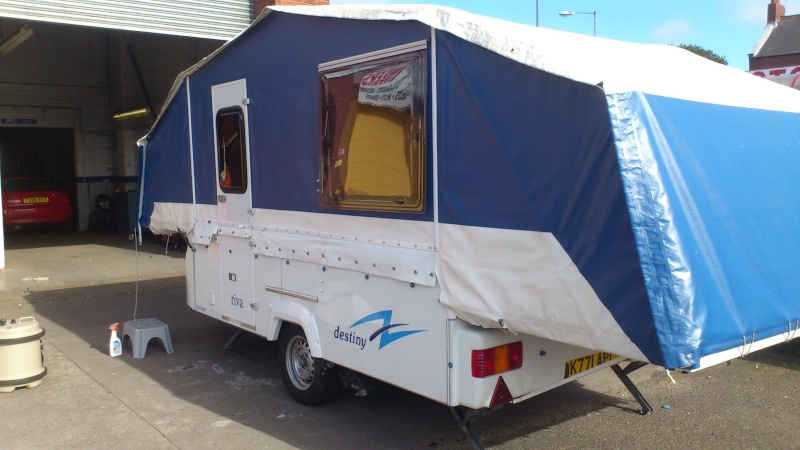 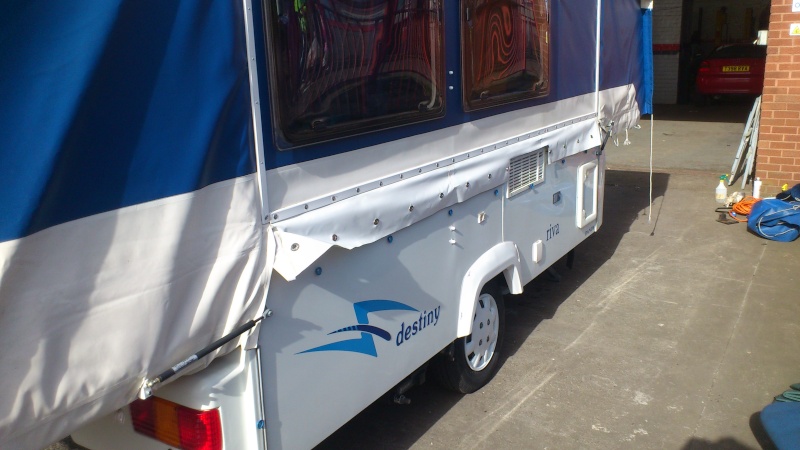 Ohh thats beautiful! Love the pics. Can't wait for the rain to stop so I can put mine up for the first time and add some pics!

The Destiny is up for sale
peridot

Good luck with the sale. If by any chance your buyer doesn't want the awning, point them in my direction!

It might be an idea to highlight the motor mover in your ebay & gumtree listings. It's a massive advantage on these heavy units and not easy for folk to get one fitted as it's a non-standard installation that the fitters will generally not want to do, or else charge a lot more for.
navver

Good luck with it. I would drop the tyre kicker bit. I would rather have 10 time wasters and 1 genuine than no-one. Definitely would put me off. More internal pics would help as well I think. The inside on these definitely has Wow factor.
Little and Large

Changed the description, although as a regular seller of motorcycles on eBay and gumtree I do get very fed up with time wasters, people don't seem to realise how precious time is, Rant over!

I understand what you are saying and I do sympathise but I may be a time waster to someone. After a lot of research I decided a dandy designer was right for us. However, down here in Bristol they are as rare as hens teeth. Saw one advertised in Preloved in Bristol; excellent condition, insulated, floor heater, 1994 designer with awning £2000. Looked perfect as most were about half that price so thought it really must be good.

Off we went for a 1 hour drive to get there and were really down hearted at what we saw. Chap got it out and put it up. Believe me, I wanted to buy it BUT It was filthy dirty, the inside mudguards were badly dented, the floor heater grille was missing, every cupboard was full of junk, the lower door section was rotten, a door trim was missing. I was gutted as I really did want to buy one.

Several months later it was still for sale and a tyre kicker/time waster clause had been added to the ad.

So whose time was wasted. His or mine. He spent no time at all cleaning it up and clearing out the junk. I spent 2 hours driving and a load of petrol. And her ladyship missed Corrie!

I ended up paying £4000 for a 2005 one. My wife didn't want an older one any more. Just think, if it had been nice and clean we would have bought it and saved a load of money.

So when someone says no tyre kickers or time wasters, I think, it must be a load of junk otherwise someone would have bought it after seeing it.
Sponsored content